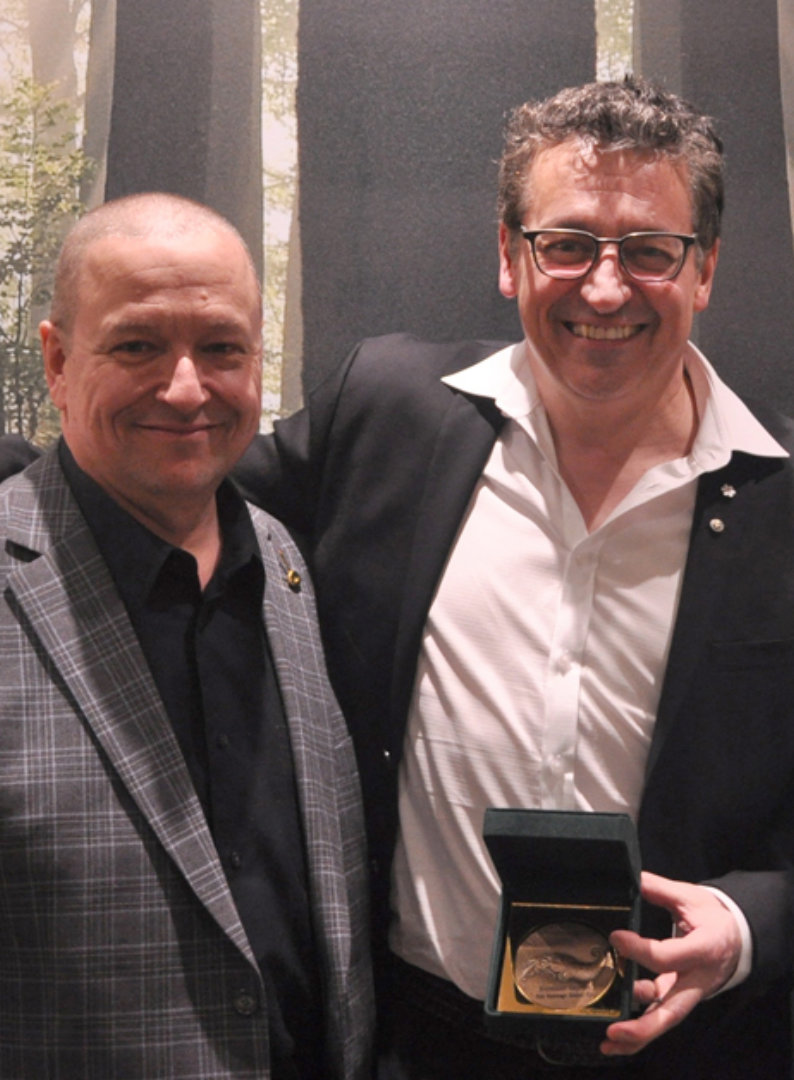 On March 23rd, the 2018 Reconnaissance Le Renaud-Cyr was held. During this evening, chef Normand Laprise received the Prix Hommage Renaud-Cyr to honour his involvement with Quebec's gardeners, farmers and fishermen.

Since his early beginnings, chef Laprise has put emphasis on local produce and encouraged small local producers in order to develop Québec’s gastronomy. He could not be more touched than by receiving an award created in honour of Renaud Cyr, one of the first chefs to use and defend regional products for the development of Québec’s fine cuisine.

The Renaud-Cyr, which was created in 1999, is not a contest or an award, but a recognition towards the artisans and the chefs that jointly contribute to the development of regions and of the culinary culture of Québec. Having always supported this mission which reflects his own personal values, chef Laprise has also in the past been involved with Renaud-Cyr by, among other things, serving on its committee. The Prix Hommage is also an acknowledgment of this commitment on his part.

Chef-owner of the Manoir des Érables in Montmagny from 1975 to 1993, Renaud Cyr was a precursor by maintaining close relationships with local producers and incorporating Québec’s meats, fishes and vegetables on his menu. The Reconnaissance Renaud-Cyr respects and honours this philosophy by rewarding artisans who develop their part of the country and chefs who showcase their produce.