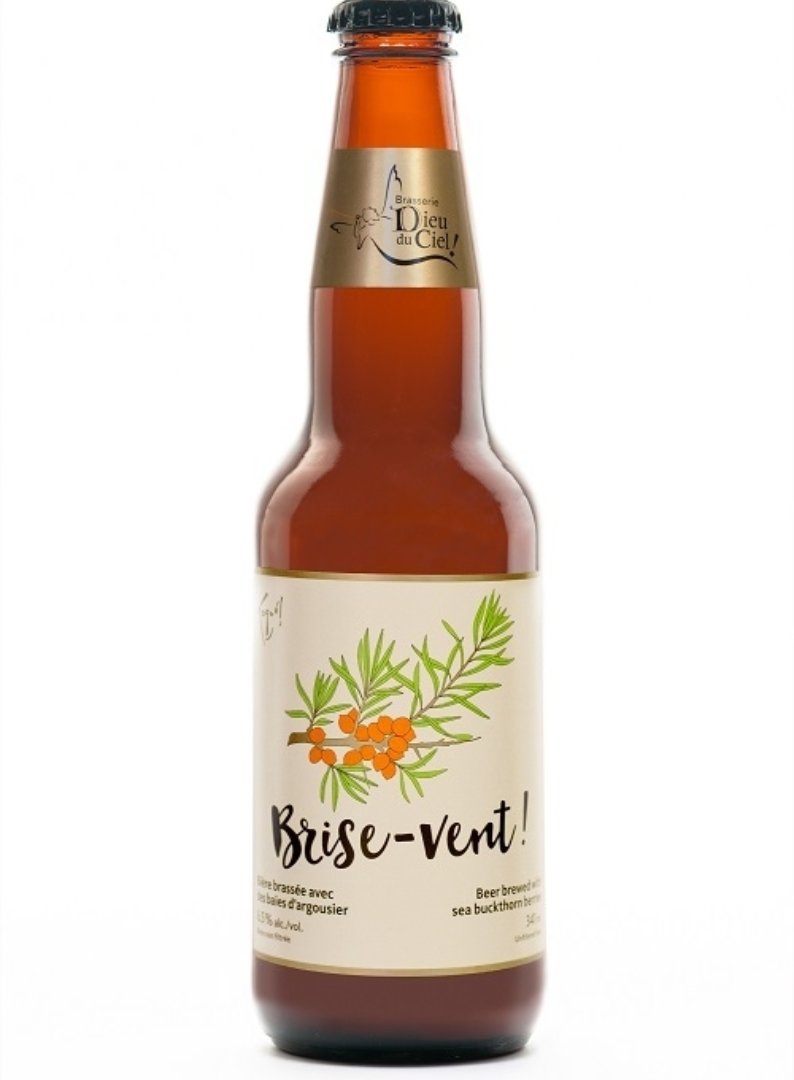 The story starts when two masters meet. One is a brewer with a nose for new flavours, the other a chef with a taste for sea buckthorn, the small acidic fruit which grows on bushes planted in the countryside as a brise-vent – wind breaker - to protect farmers’ fields. They are Jean-Francois Gravel, co-founder of Dieu du Ciel! brasserie and Grand Chef Normand Laprise, co-owner with Christine Lamarche of Toqué restaurant. Together, they create a unique new beer to savor with the upscale gastronomy of Toqué!, member of Relais & Châteaux and Les Grandes Tables du Monde. Brise-vent they call it.

“When Jean-François suggested developing a beer with the Toqué! label, I immediately proposed sea buckthorn, whose flavour reminds me of passion fruit, but which grows in Québec,” says Chef Laprise. “The result is a versatile beer, lightly acidic, refreshing and light , one which pairs very well with our cuisine. It is a beer that should please everyone.”

Intrigued by the woodsy notes of buckthorn, Gravel says he “moved out of the box” while working with the team at Toqué - which has earned a stellar reputation across Canada and internationally for its cuisine and impressive wine cellar.

Brise-vent is a beer whose main ingredients are barley, oat and sea buckthorn. It is well-balanced, with a refreshing acidity, the tannins from the fruit combining with the hops to offer a certain dryness, which makes it great at cocktail hour, but also paired with haute cuisine.

“This is proof that fine beer and fine cuisine are not only compatible - but a marriage made in heaven,” says Gravel with a wink.

Brasserie T! will also offer the draft Brise-Vent beer to accompany dishes on the regular menu.

In 1998, Jean-Francois Gravel, a microbiology graduate, and Stéphane Ostiguy founded the Montreal brasserie Dieu du Ciel!, which produces hand-crafted beers. After much research and educational trips to Belgium, Germany and the UK, Jean-Francois developed recipes at the Laurier St. brasserie that have been awarded many prizes of excellence. Isabelle Charbonneau joined the team in 2007 to open a brewery in Saint-Jérôme, Québec, for production of draft and bottled beers of the most popular recipes developed over the years.