info@restaurant-beaumont.com
Back to previous page 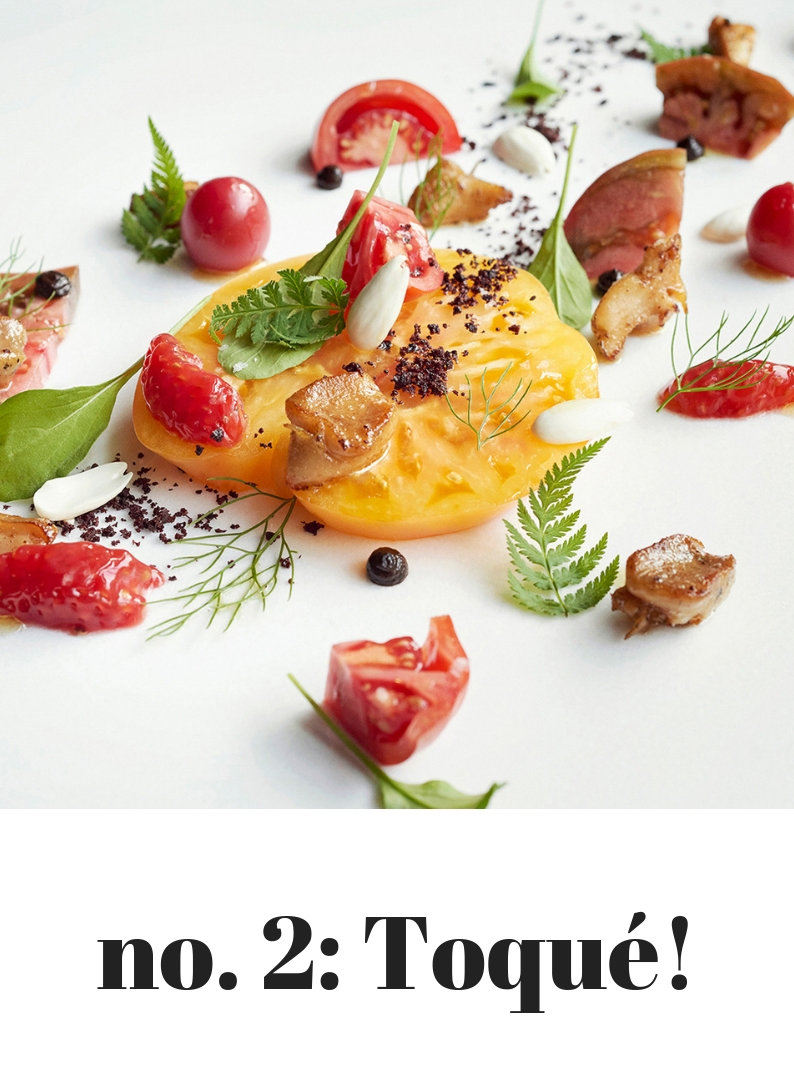 On April 10, 2018, Canada's 100 Best revealed its latest list of the 100 best restaurants in Canada. For the fourth year in a row, Toqué! ranked amongst the country's top 2 restaurants.

During ceremony, chef Normand Laprise was also awarded a watch for having accumulated the most total points in the history of this list which was created four years ago. This highlights not only the quality, but more importantly the consistency of Toqué!, which was opened 25 years ago.

The co-owners, chef Normand Laprise and Christine Lamarche, also wish to sincerely thank the Toqué! teams for their hard work and devotion which made the ranking possible. They also congratulate all the other restaurants who made it on the list and contribute to the development of Canada's gastronomy.

Canada's 100 Best Restaurants list is established following a vote by a panel of 97 judges from across Canada, including chefs, restaurateurs and journalists.

You can now order signé Toqué! meals from Wednesday to Sunday starting at 2 p.m. at Beau Mont Restaurant, 950 Beaumont Avenue. Delivery or pick-up starting at 5:00 p.m. the same day. Information and orders at 438 408 9791.