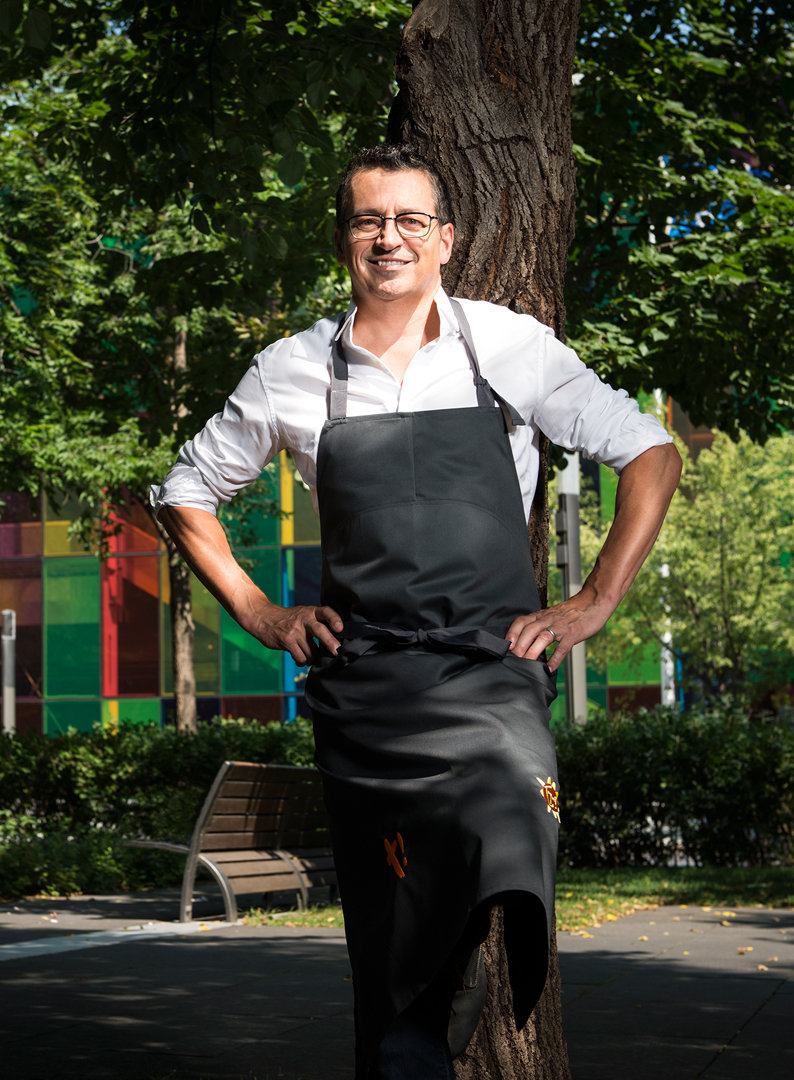 Normand Laprise was born in Kamouraska, near the St. Lawrence river. At an early age he developed great respect for freshly harvested products from the farm on which he grew up. After finishing school at the Charlesbourg Hotel School in Québec City, he worked alongside great chefs such as Jacques Le Pluart at Marie-Clarisse and then Jean-Pierre Billoux at the Hôtel de la Cloche near Dijon. After getting noticed for his creativity while he was chef de cuisine at restaurant Citrus, he opens Toqué! in 1993 with his business partner, Christine Lamarche.

By building strong relationships with small producers and having an irreproachable concern for quality of products, Normand Laprise became a pioneer of Quebec gastronomy. In acknowledgement of his work, he received the Order of Québec in 2009 and the Order of Canada in 2014. In 2012, he and Christine Lamarche received a doctorat honoris causa from the Institut de Tourisme et d’Hôtellerie du Québec (ITHQ). He is also the only Canadian ambassador of the prestigious International Chef Advisory Board of the Paul Bocuse Institute. He was awarded the Prix Hommage Renaud-Cyr 2018 to honor his involvement with Quebec's gardeners, farmers, breeders and fishermen as well as the Hommage Chapeau restaurateurs prize! 2017 by the Association des restaurateurs du Québec (ARQ). Since 2010, Normand Laprise also serves as one of the judges on Les Chefs!, a Quebec tv show broadcast on ICI Radio-Canada Télé. In 2018, Normand Laprise was named in the 100 best chefs in the world ranking making him the first Canadian chef to ever appear on the list.